Trijicon bills the new RMRcc as “a reliable and rugged miniature reflex for Concealed Carry.”

This red-dot sight can operate without a battery, using a solar cell on top of the unit that acts as an additional power source.

The new FastFire 4 and FastFire RD are the latest models in this popular family of red dots from Burris.

To shoot a red dot in bullseye well, you have to choose: focus either on the target or on the dot. You can’t do both, or go back and forth between the two. Here are techniques from Brian Zins to properly aim a pistol red dot sight 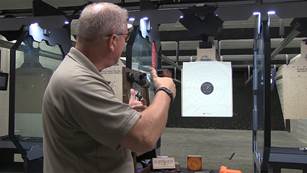 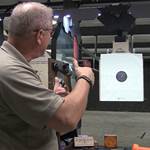 All About Red Dot Sights for Precision Pistol

We asked Larry Carter of Larry’s Guns to help us with an analysis of red dot scopes; what he’s learned from shooting with them, selling them and having them repaired. Here’s what we learned, which was a lot more than we expected.

Aiming the red dot sight, forming a shot process and how to handle anticipation.

I have found that many shooters think entirely too much. This is not rocket science, because if it were, I would not be a shooter. Hence, I am not smart enough to shoot badly. When Erich Bujung was the Olympic Pistol Team coach, he always said, “No stinking thinking. The mind is a terrible thing to waste and in Bullseye on the firing line, the mind is just a terrible thing.”