Rob Leatham on 10mm Resurgence: ‘In The Right Gun, 10mm Isn’t That Hard to Shoot’

Rob Leatham on 10mm Resurgence: ‘In The Right Gun, 10mm Isn’t That Hard to Shoot’

Pro shooter Rob Leatham and Brian Sheetz of American Rifleman spoke at the 2018 SHOT Show Industry Day at the Range about the recent resurgence of 10mm (watch the video above, especially impressive is when he shoots Springfield’s new 10mm TRP Operator 5-inch model one-handed).

Leatham mentions to Sheetz that he didn’t like the first 10mm pistol he used.

“I bought a Delta Elite 10mm the day they came out, because I thought the whole concept of that little bullet going faster than the .45, and that additional power was going to be awesome—until I got the gun. The gun, I did not like to shoot. It was violent to shoot and hard to control, and I never liked it.” 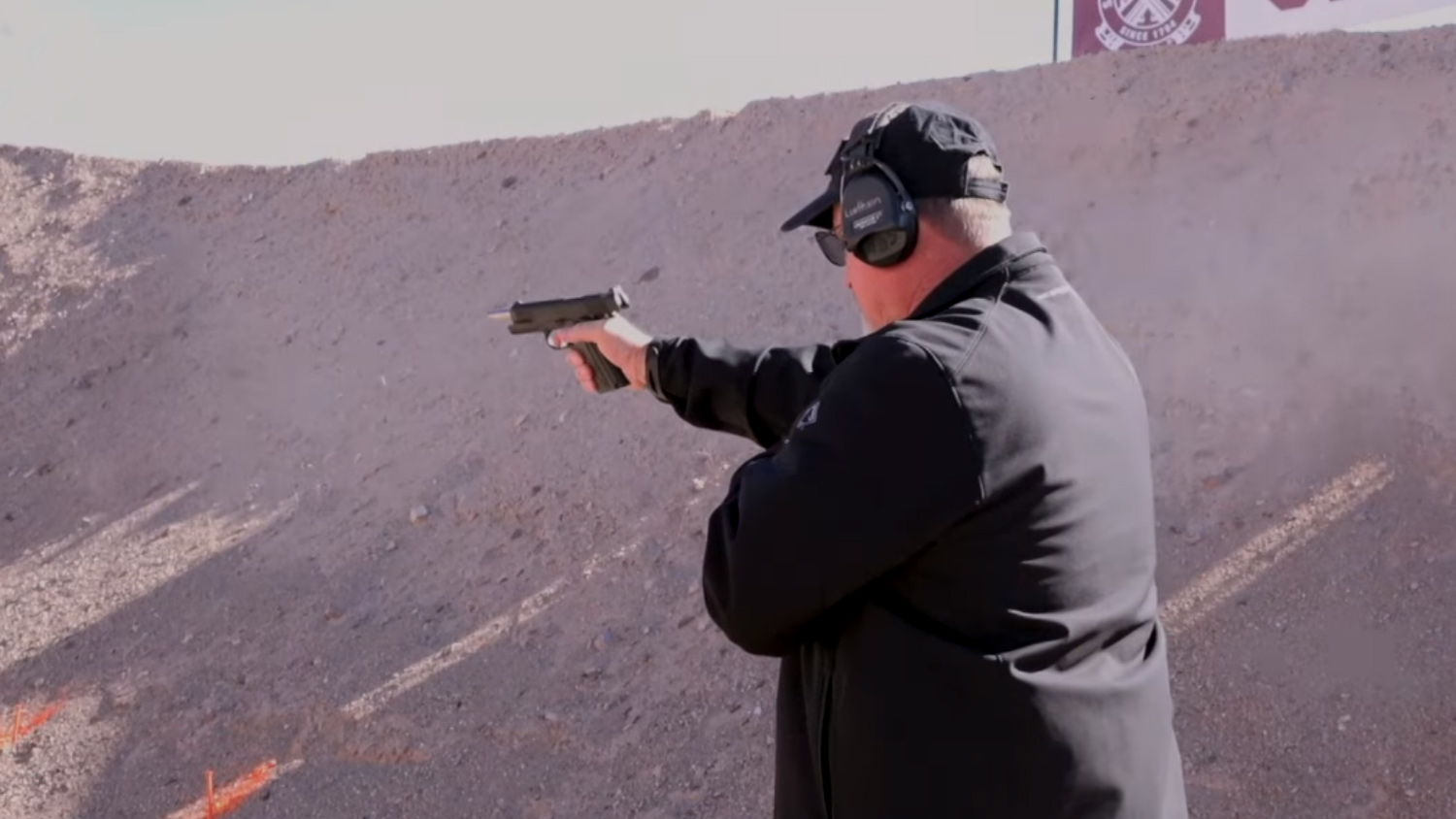 And why the resurgence of 10mm? Leatham thinks in the right gun, 10mm is not difficult to shoot. Says Leatham:

“The popularity [of 10mm] always waned because of the fact that it was difficult to shoot and hard to control. Somewhere along the line they softened up the 10mm ammo, and then the .40 came out and became crazy popular. It was the 10mm everybody can shoot. In the right gun, the 10mm isn’t that hard to shoot.”

Industry Day 2018 provided an opportunity to shoot Springfield Armory’s new 10mm model, the TRP Operator. The new pistol comes in two sizes, one with a 5-inch barrel (MSRP: $1,790), and a longslide version that sports a 6-inch barrel (MSRP: $1,842). The 5-inch is a good choice for competition and could even be used as a carry gun. Since they are Operators, there is a bit more mass that helps make these guns easier to control. The new models are steel-framed, and weigh 40 oz. (5-inch barrel) and 45 oz. (6-inch barrel).

Springfield had to develop a 10mm barrel from scratch. “This was our chance to build a really good barrel,” said Leatham. “One of these barrels in a machine rest will shoot into one hole at 50 yards.”

The Springfield Armory Hellcat vs. the Hellcat Pro | An Official Journal Of The NRA