by posted on May 29, 2020
Videos News Videos
Support NRA DONATE

About 100 kilometers west of Verona in Northern Italy is the mountain village of Gardone Val Trompia, home of the famous Beretta factory. Beretta has been manufacturing firearms here for 500 years, making it the world's oldest gunmaker—in fact, the world's oldest manufacturer of any kind. Beretta originally crafted barrels for arquebuses and smoothbore muskets; and has gone on to become a standard-setter for sporting, competition and civilian self-defense rifles, shotguns and pistols.

Occasionally, Beretta opens its factory doors and allow for tours. Shooting Sports USA recently had the opportunity to tour this factory that’s located in the heart of Northern Italy’s industrial heartland. Watch the video above. 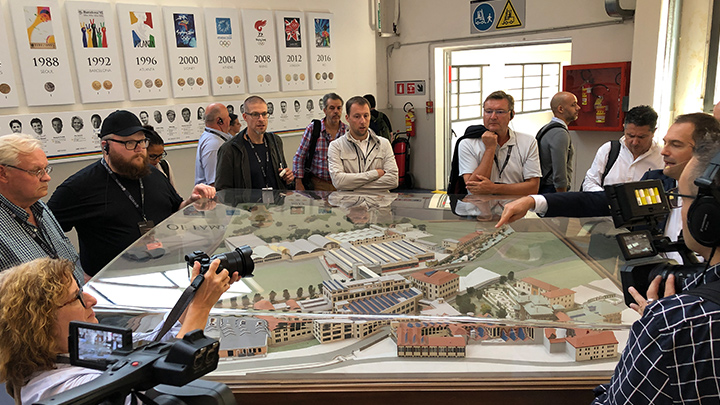 A model of the Beretta factory complex.

Val Trompia includes the ancient gun barrel manufacturing center of Gardone and the capital city of Brescia, where complete firearms were assembled. The valley runs north to south through the Columbine Mountains, the source of both high-grade iron ore since pre-Roman times and timber to fuel the tires of the great smelteries and smithies. The Melia River, which flows through the valley, provided water power for early machinery just as it supplies hydroelectric power in modern times. Passed down through 15 generations of the Beretta family, the company was already active in Gardone in the 1400s and its work has been documented since 1526.

Any tour of the Beretta factory begins with the personal museum of the Beretta family, which is lined with ornate wooden cases showcasing exquisite craftsmanship, hinting at the contents inside; which includes late 1500s flintlocks, all the way to modern Olympic Skeet and Trap shotguns. A firearms enthusiast can spend hours oogling all the guns in this small, but impressive museum. 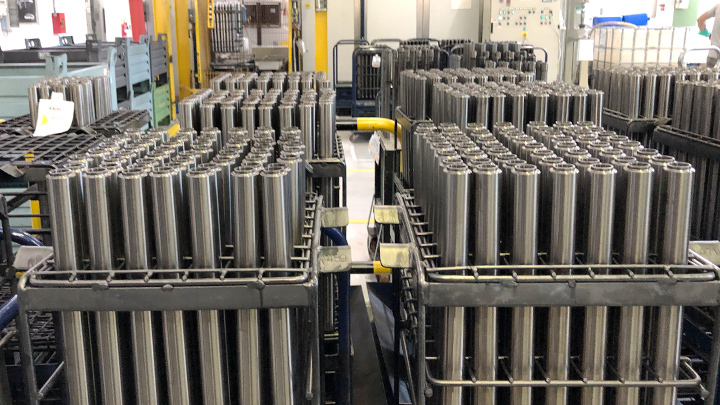 Barrels waiting for the next step in the manufacturing process.

The Beretta factory in Val Trompia has a hi-tech laboratory and R&D facility aiding in design and manufacturing processes, some of which undoubtedly comes from its military experience. Laboratories are equipped with advanced systems for metallographic analysis and fatigue testing. The company’s highly sophisticated computer modelling includes user input as part of the mechanical processes to build successful shotguns. For examples, technicians working on the new 694 Sporting Over/Under developed a recoil recorder that takes data from an electronic impact pad placed between the firer and the shotgun recoil pad. Using this information, Beretta discovered that changing the barrel’s steel can reduce felt recoil at the shoulder, because the right steel alloy smoothes the transition of wad and shot down the bore.

Through a network of hallways, corridors and stairs lies the factory itself. Workers can bee seen going about their business in areas that are clearly labeled by the firearm being built. The entire factory is a mix of both old-world craftsmanship and high technology. One large area has nothing but CNC machines, and another is filled with fabrication robots that are reminiscent of those found in an automobile factory. But, participating every step of the way are humans. Highly-trained humans verify every stage of the manufacturing process, and reject any questionable items immediately. Mixed in with the machinery are “green” parts of the factory that have plants growing under lights. 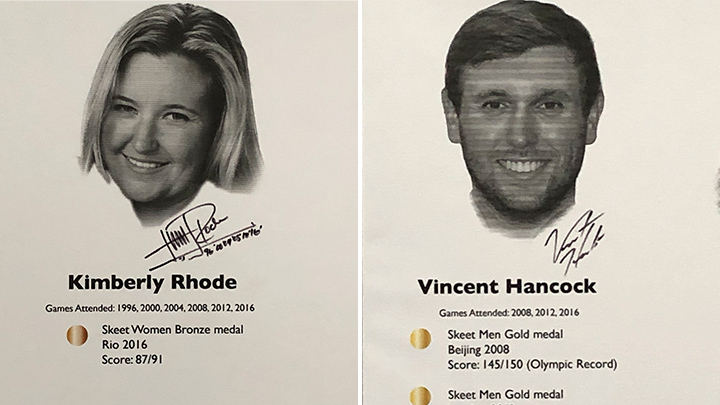 The Beretta Wall of Fame includes some familiar faces, such as Kim Rhode and Vincent Hancock.

Beretta’s output is about 1,500 firearms a day, about 90 percent of which are sporting guns. And, 75 percent of Beretta production arms are exported to 100 different countries.

With roots in the 15th century, the very dawn of gunmaking, Beretta remains a top manufacturer of arms in the 21st century.

First Look: Beretta A300 Ultima Patrol Shotgun | An Official Journal Of The NRA

END_OF_DOCUMENT_TOKEN_TO_BE_REPLACED

In 2001, the University of Alaska-Fairbanks rifle team captured its third consecutive win at the NCAA Rifle Championship. Read our historic coverage of the match.

Rossi is roaring back into the U.S. revolver market with three new guns: the RP63, RM66 and RM64 models. The former two are available now, while the RM64 is coming later in 2023.

The new Bushnell Match Pro ED 15x 56 mm binos sport the MRAD-based Shot-Call reticle, which may be of interest to long-range competitive shooters.