by posted on January 10, 2018
Videos News Videos National Matches
Support NRA DONATE
Last year, American Rifleman TV featured an outstanding “I Have This Old Gun” segment on one of the most unique competition pistols ever―the Colt Camp Perry pistol. This pistol was named for the longtime home of the National Matches―Camp Perry, on the shores of Lake Erie near Port Clinton, OH. The video (watch it above) is very informative, with experts chiming in about this prized piece and its storied history. 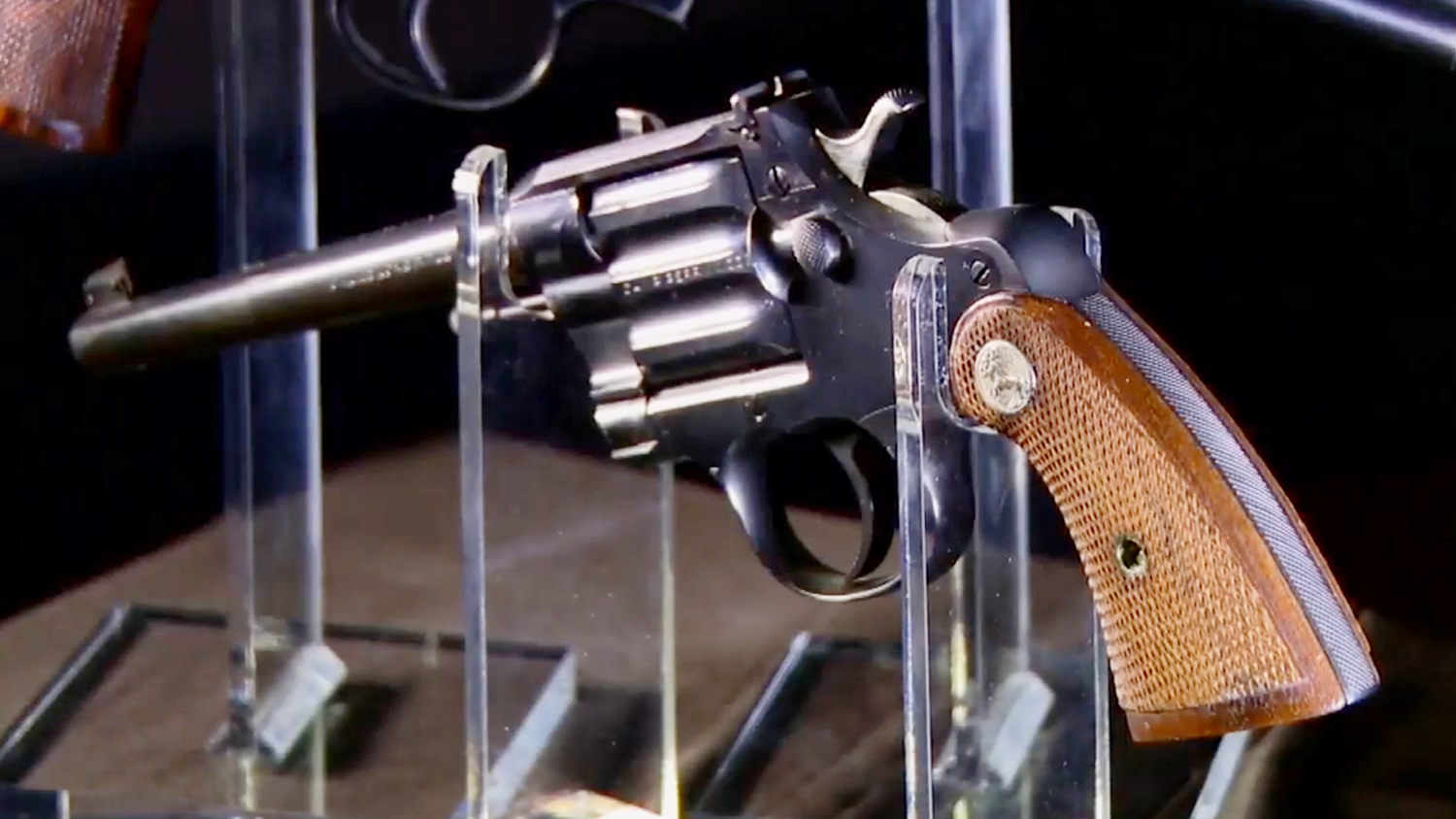 This legendary pistol from Colt was offered in only one caliber: .22 Long Rifle.

The Colt Camp Perry pistol was manufactured between 1920 and 1941. Uniquely, it was built replacing the six-shot cylinder of the .22 Officer’s Model Target with a flatter cylinder that contained a lone .22LR chamber. This was hinged like a conventional cylinder, but the movement was restricted so that the chamber could only be accessed to load the cartridge. 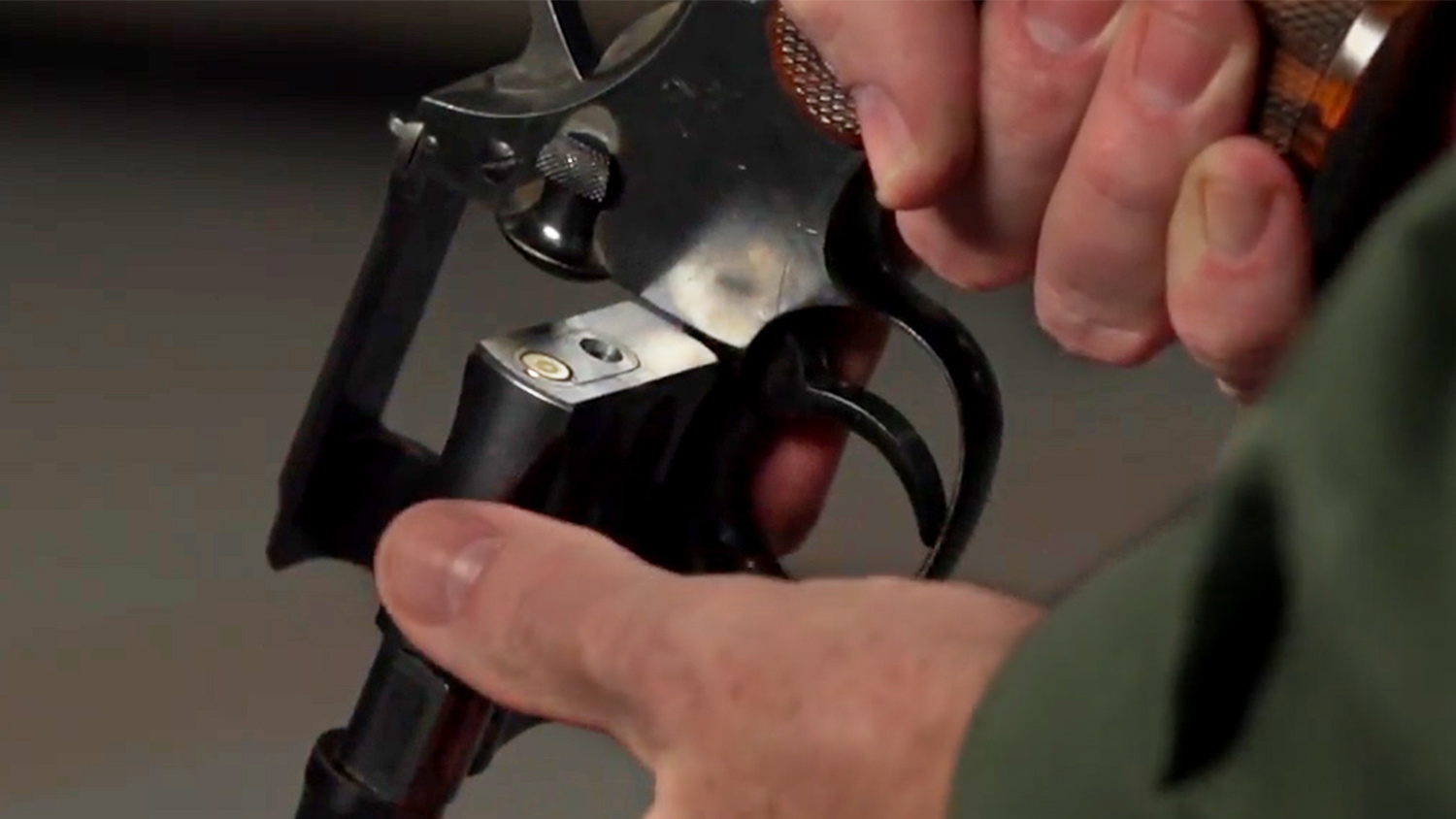 “The basic frame configuration was built by Colt as a very accurate gun for slow fire competition … something like 10 shots in 10 minutes. They wanted to squeeze the utmost accuracy from each round fired. It’s believed that having the just one chamber that locked up very firmly to the rear of the barrel gave a better degree of accuracy then a revolver would, where you are rotating a series of six chambers to line up with the rear of the barrel.” 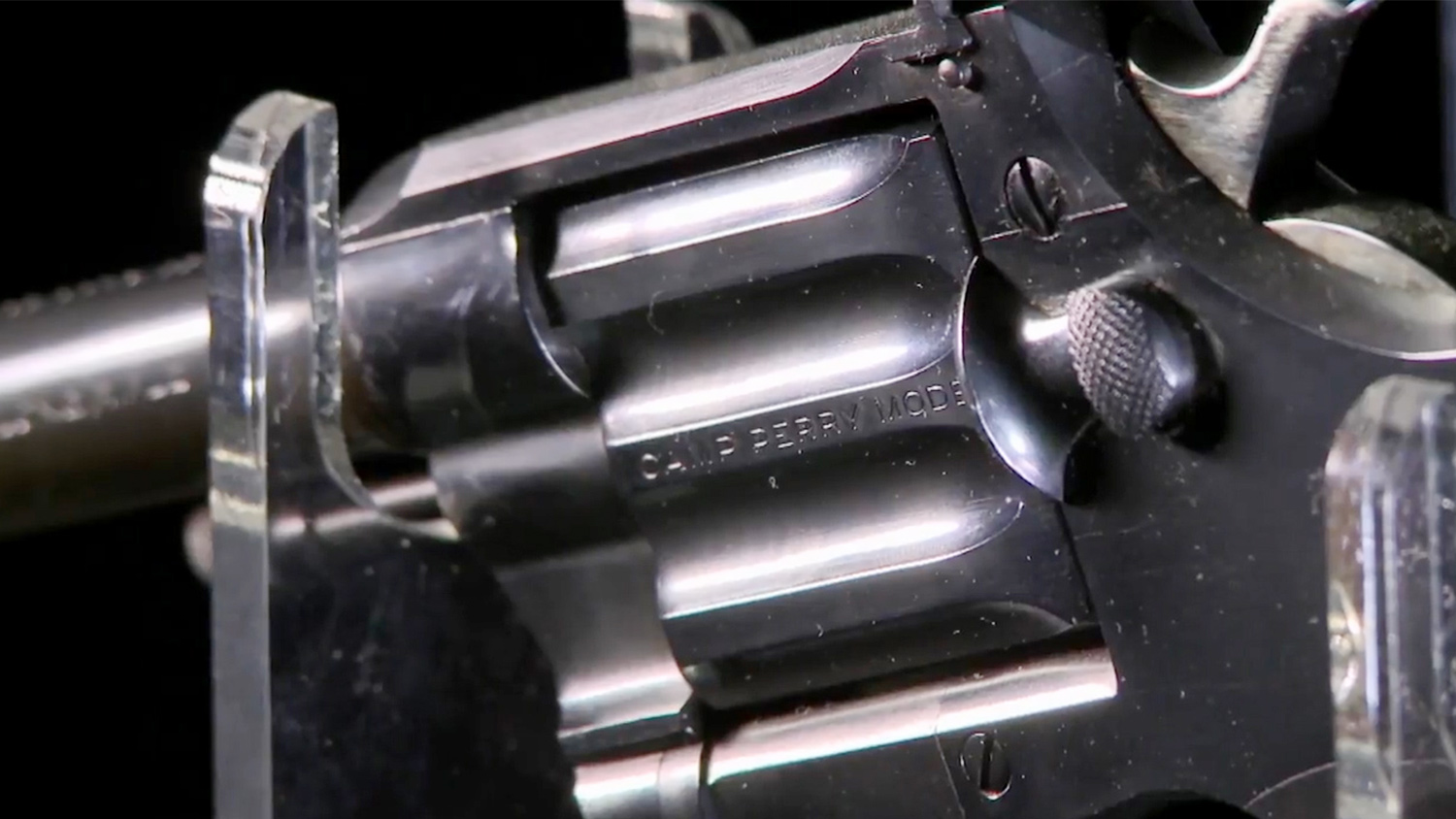 The pistol was perfect for slow fire pistol at Camp Perry.

“It came in an eight-inch and 10-inch version. The 10-inch version is very rare by today’s standards. Only about 2,500 of these guns were manufactured up until the beginning of World War II … the gun took a number of national championships.”

In 1932, Colt changed the Camp Perry model, keeping only the eight-inch barrel and also improving the lock time by shortening the hammer travel. But, by 1939, the demand for guns like this one had subsided, with global issues such as WWII on the horizon. 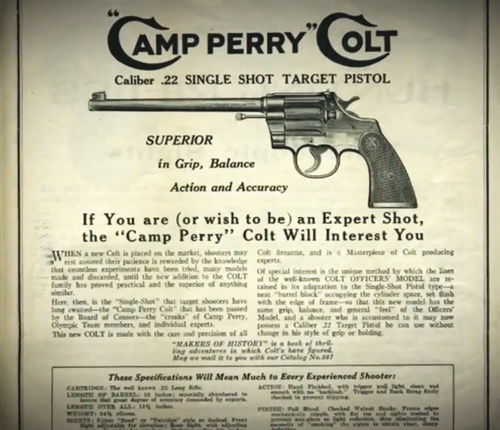 Early advertisement for the Colt Camp Perry Pistol.
These pistols are now considered valuable among collectors. The Colt Camp Perry pistol holding Serial No. 1 was auctioned in 2012 at an estimated value of $95,000.

Schreier shared the history of the model that the National Firearms Museum has on display:

How to Safely Unload Your Semi-Automatic Pistol, Rifle and Shotgun | NRA Family

I Carry: Lionheart Industries Regulus Blackout Alpha Pistol in a Black Arch RevCon Holster | An Official Journal Of The NRA

END_OF_DOCUMENT_TOKEN_TO_BE_REPLACED

The 2022 application period for the NRA School Shield Grant Program is open until Aug. 31

Springfield Armory’s SOCOM II: A Look Back | An Official Journal Of The NRA