Editor's note: 2010 was big for the NRA National Pistol Championships, with 770 total entries at the match that year at Camp Perry. Here's former Managing Editor Chip Lohman's coverage of the event as it was published in the Sept. 2010 issue of Shooting Sports USA.

NRA National Championships are well-organized, run like clockwork and the pistol matches at Camp Perry, Ohio, are no exception. The punctual 7:30 a.m. cannon shot, the commanding voice of the tower talkers and the watchful eye of each volunteer line official give one the feeling of having walked onto an Olympic playing field—with one exception. Everyone gets to play. Thanks to a time-tested system of classification and squadding, shooters of all skill levels can shoot shoulder-to-shoulder. As is true for all shooting sports, tyros (new shooters) will be welcomed by fellow sportsmen who can help explain how many targets you’re supposed to take to the line or provide tips on filling-out your first score card. In fact, there are more marksmen and unclassified shooters than masters, as the table below reflects.

Brian Zins of Poland, Ohio, returned to the podium this year to claim his 10th win, a record of “most wins” that began with his seventh championship title in 2005. Zins’ 2650-134X score this year surpassed the 2009 winning score of 2646-141X fired by fellow shooter and friend, SFC Jim Henderson of the U.S. Army Marksmanship Unit. 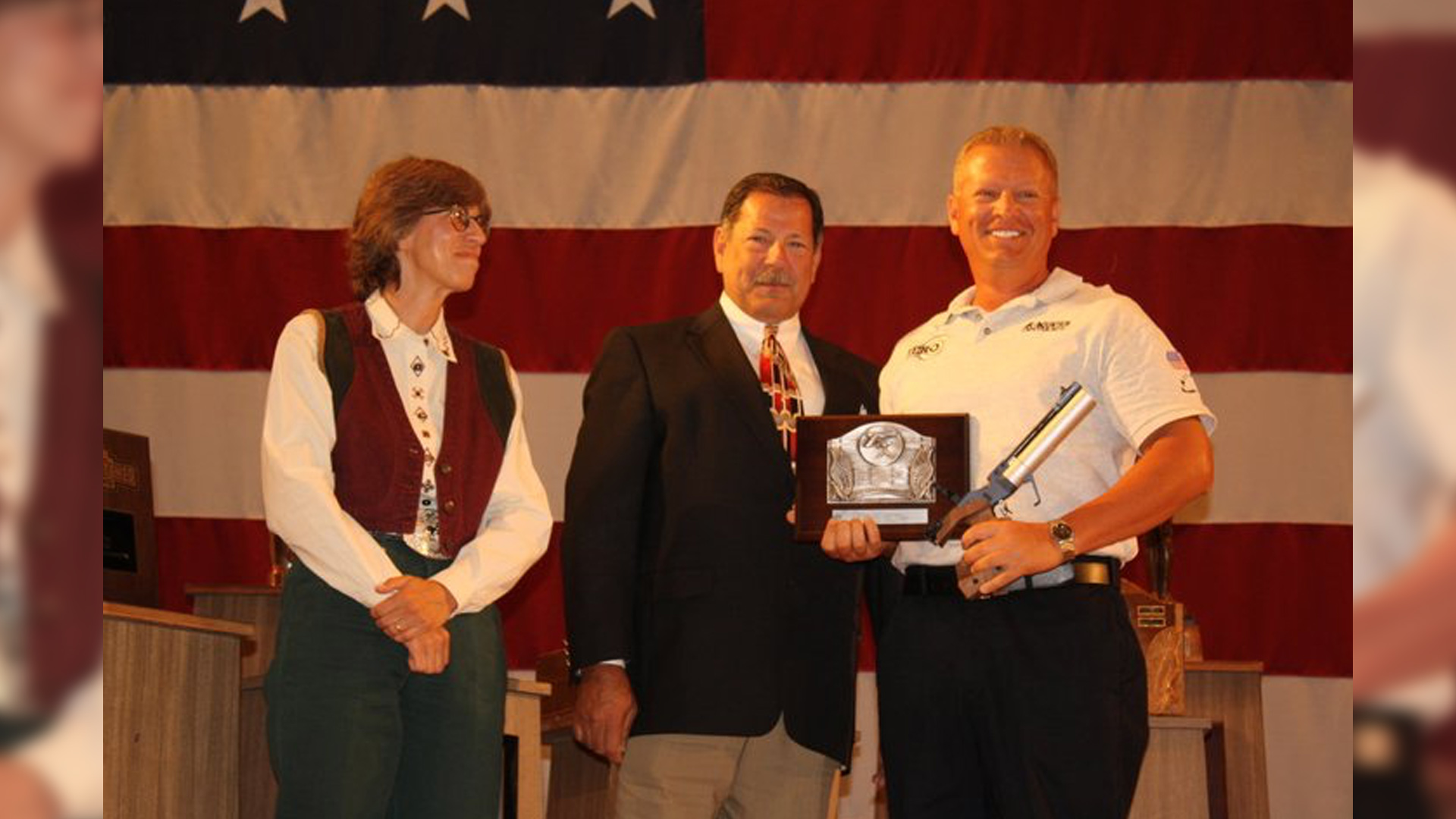 Eighteen-year-old Bryan Layfield (Clarksburg, W.V.) swept nine of the Junior and Collegiate categories in the .22 LR and .45 cal. matches, as well as the overall junior aggregate. Having begun his shooting career less than two years ago, it’s fair to call Layfield a “natural.” Credit Allen White, twice a member of the NRA's USA Civilian Pistol Team, for recruiting and coaching Layfield. Brian Zins, take note. 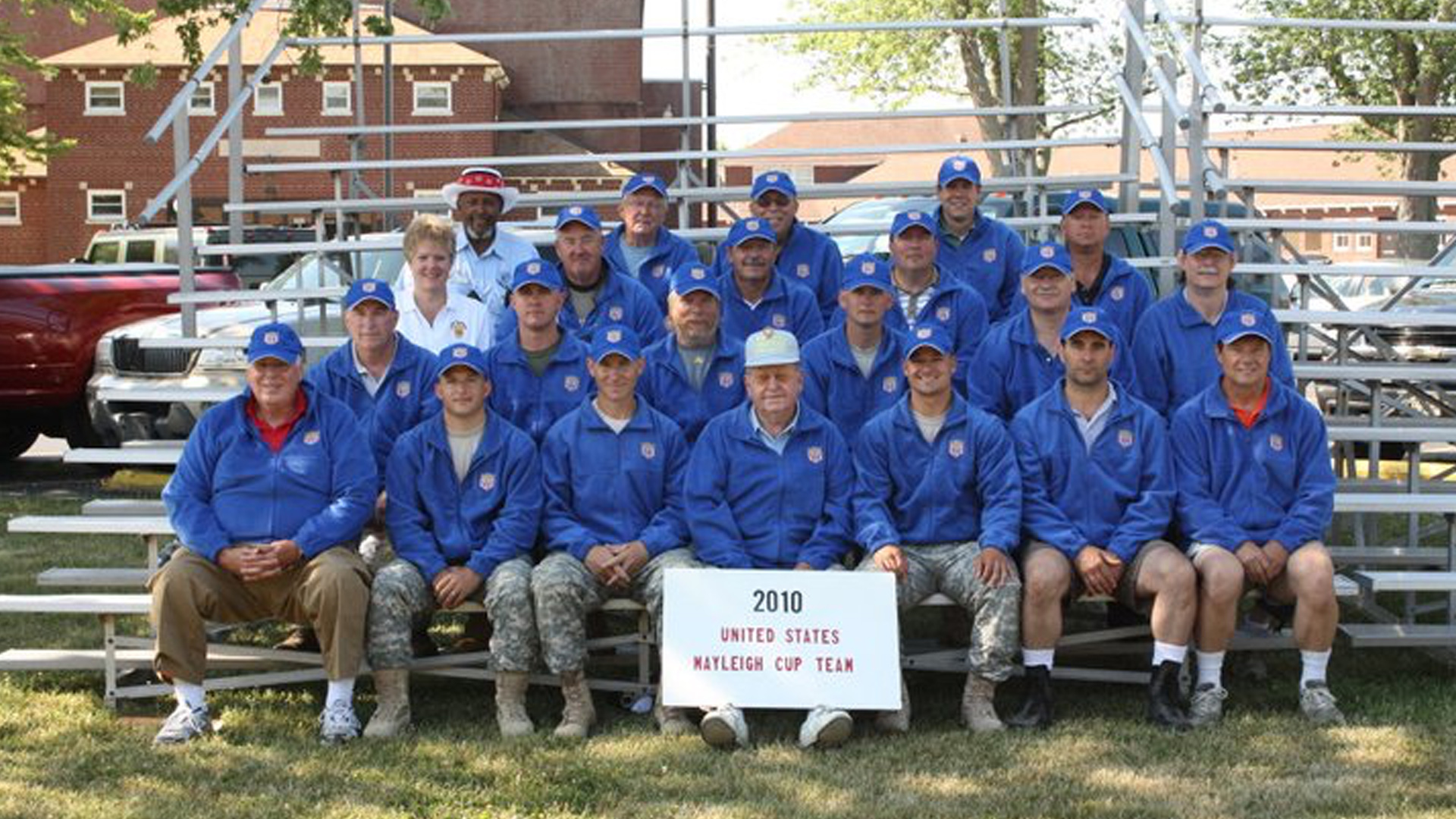 Note that several hundred additional scores are listed in the online final results. This is what makes the NRA Nationals unique; everyone gets to play. In the words of President Theodore Roosevelt, “…It is not the critic who counts; not the man who points out how the strong man stumbles, or where the doer of deeds could have done them better. The credit belongs to the man who is actually in the arena…”
Read more: Review: Kimber K6s DASA Target
In this article
pistol, history, nra, chip lohman, camp perry, national pistol championships, throwback Thursday, results, tbt, vault, classic ssusa

Review: Savage Arms Stance | An Official Journal Of The NRA

END_OF_DOCUMENT_TOKEN_TO_BE_REPLACED

Designed with input from Doug Koenig, the Ruger Precision Rifle from the Ruger Custom Shop chambered in 6.5 mm Creedmoor is a solid option for finding success in long-range competition