The 2019 ISSF World Cup in Munich, Germany, featured Greek shooter Anna Korakaki securing the gold medal in Women’s 10m air pistol in dramatic fashion, after dropping down the leaderboard into third place. During the final, Korakaki ended up with a score of 10.5 to finish with 241.1 points—which was only a fraction of a point ahead of the runner-up, Chinese shooter Wei Qian. Watch the video above, showing the final duel between Anna Korakaki and Wei Qian. 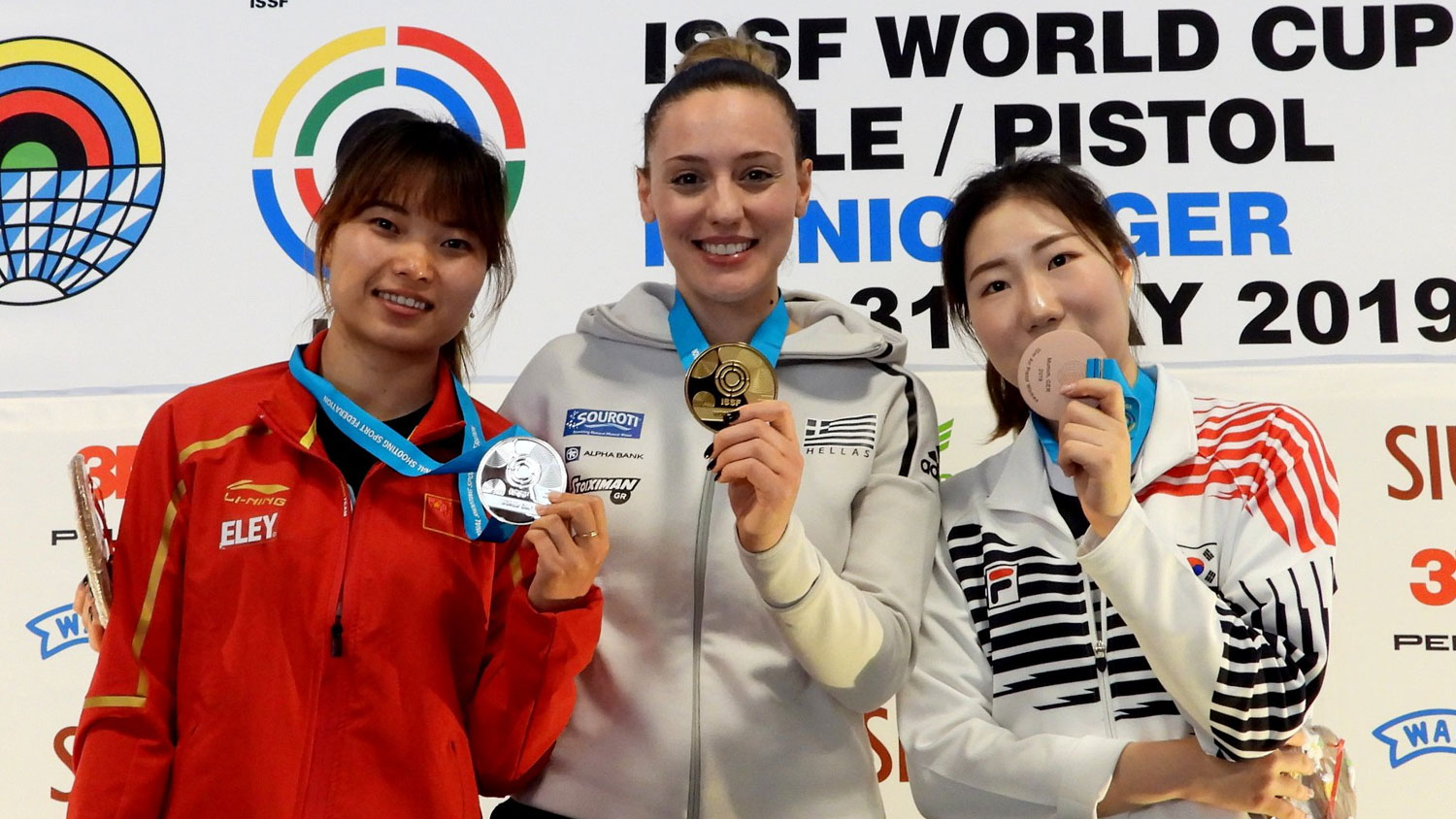 Wei Qian not only won the silver medal with her final score of 239.6, but also a quota slot for China at the upcoming 2020 Olympic Games in Tokyo.

As for the gold-medal winning Korakaki, after this victory, she is now firmly in place as the number one 10m air pistol shooter in the world. For ammo, she uses Eley tenex. 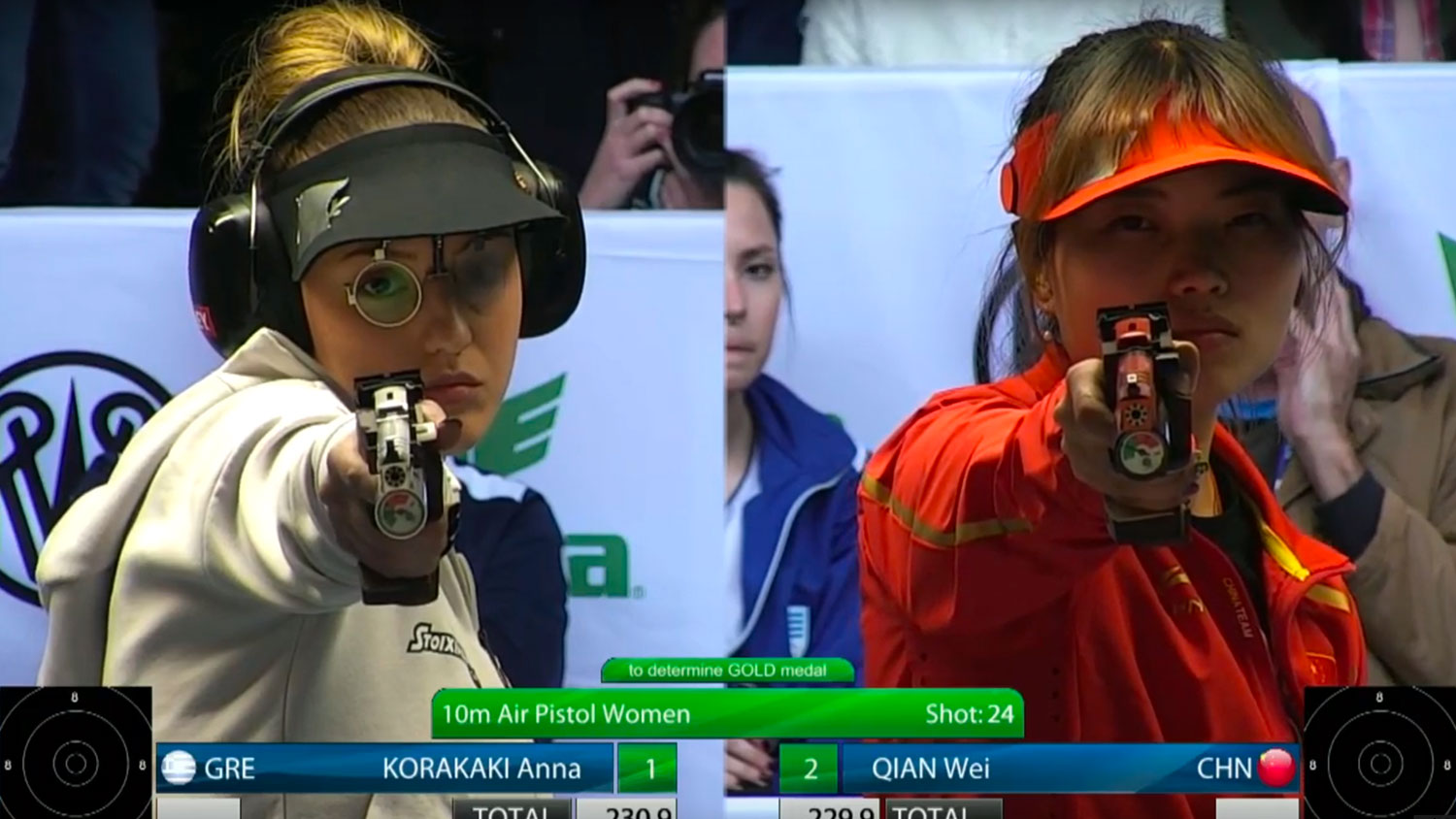 Ann Korakaki and Wei Qian in the Women's 10m air pistol final in Munich, Germany at the 2019 ISSF World Cup.

Muzzle Brakes, Flash Hiders & Compensators: What They Can (And Can't) Do | NRA Family

There is Something to Be Said About Labor Day, the Shooting-Sports Industries and Our Freedom | An Official Journal Of The NRA

END_OF_DOCUMENT_TOKEN_TO_BE_REPLACED

Winchester releases new fall apparel and gear, along with new Folds of Honor ‘Round Up’ option to Gear Store website checkout