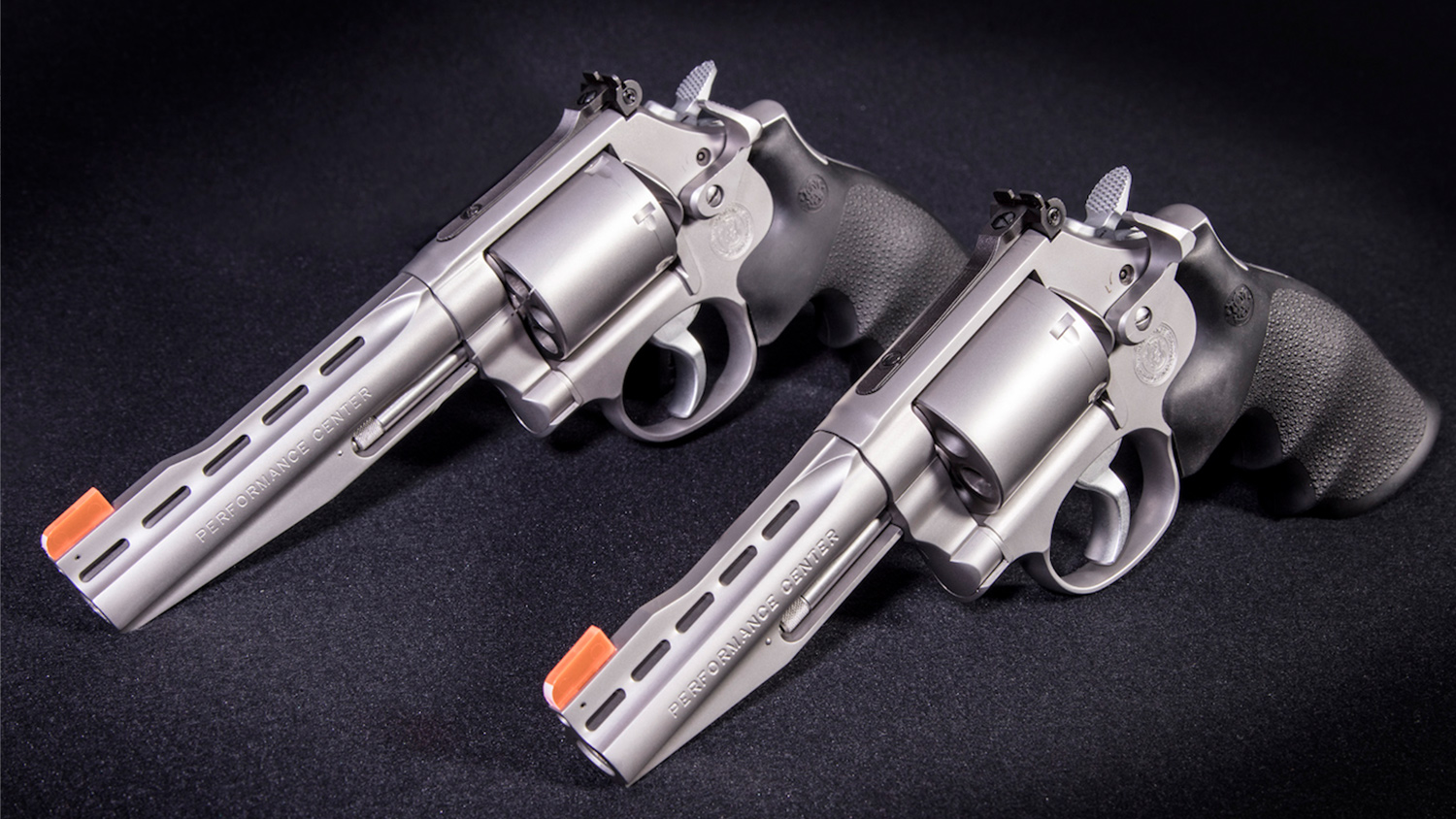 The two new revolvers feature a stainless steel frame, cylinder, and barrel with a matte silver finish. The orange front sight is interchangeable. Both also sport a unique visual design, including an unfluted cylinder, vented ribbed barrel, and a chromed custom teardrop hammer.

Tony Miele, general manager of the Performance Center, said, “We wanted to develop an out-of-the-box solution for those seeking a revolver for [competitive] shooting. Equipped with a speed release thumbpiece, tuned action, and unique visual appearance, these new revolvers have attractive features for both new and seasoned competitive shooters.”

For more information about the new Performance Center Model 686 and 686 Plus revolvers, go to www.smith-wesson.com/performance-center.

Read part one and part two of this series on becoming a better competitive revolver shooter, by Smith & Wesson pro shooter Josh Lentz.

I Carry Spotlight: New for 2023 Colt King Cobra .22 LR Revolver | An Official Journal Of The NRA