The previous four lessons in our “Precision Pistol Tips with Brian Zins” video series covered pistol grip improvement, how to improve trigger control, the special relationship between aiming and trigger control, and how to properly aim a pistol red dot sight. Now for Part 5, Brian teaches us how to handle anticipation (watch the video above).

Part 5: How to Handle Anticipation
What is anticipation in bullseye shooting? Brian says that nearly every mistake made on the firing line can be traced back to anticipation.

“Anticipation takes many, many forms—and it’s not just the one everybody thinks of,” said Brian. “As a shooter is getting ready to fire, they look downrange, the dot (or sights) is aligned in the center of the target, and [they] are anticipating the recoil of the gun.” 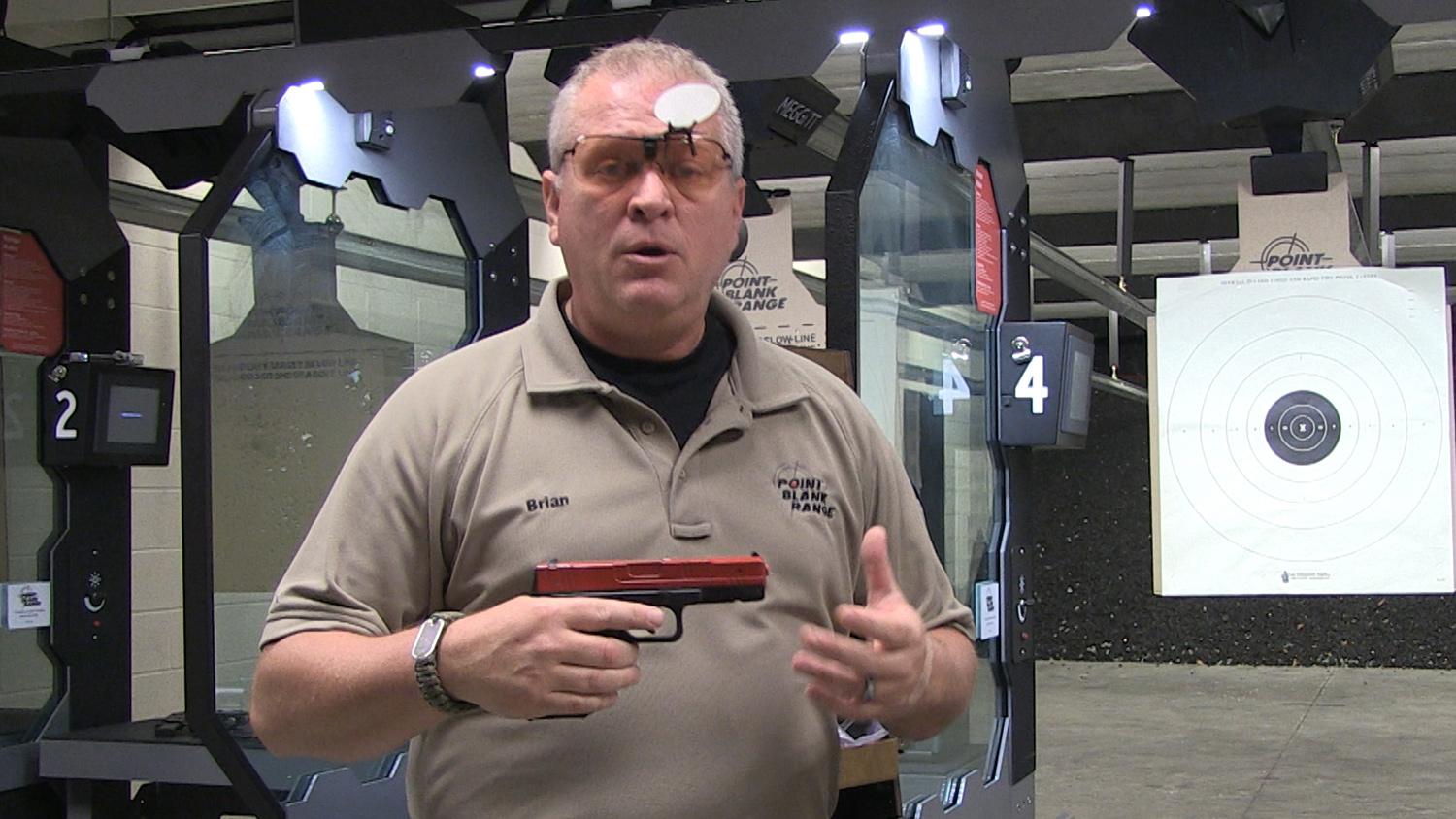 Practically every bad shot that was not a grip or position issue was a form of anticipation.

Brian says that dipping the pistol down to handle recoil is not correct.

“The slide doesn’t begin to move until the bullet has already left the barrel. At this point, the pressure has dropped enough allowing the slide to move to the rear … We’re not really trying to make the gun recoil back up into the aiming area … It’s [during] the last second that people tense up a little bit.”

“[Shooters] see where their sights are aligned (or dot is centered), and everything is lined up where its supposed to be. Now all of the sudden, if that finger moves, they want that shot to go now. They’re jerking the trigger—but it’s also a form of anticipation. To get it to shoot, they want it to go now and we see this [Brian purposely misses the X on his bullseye target with a SIRT training pistol].” 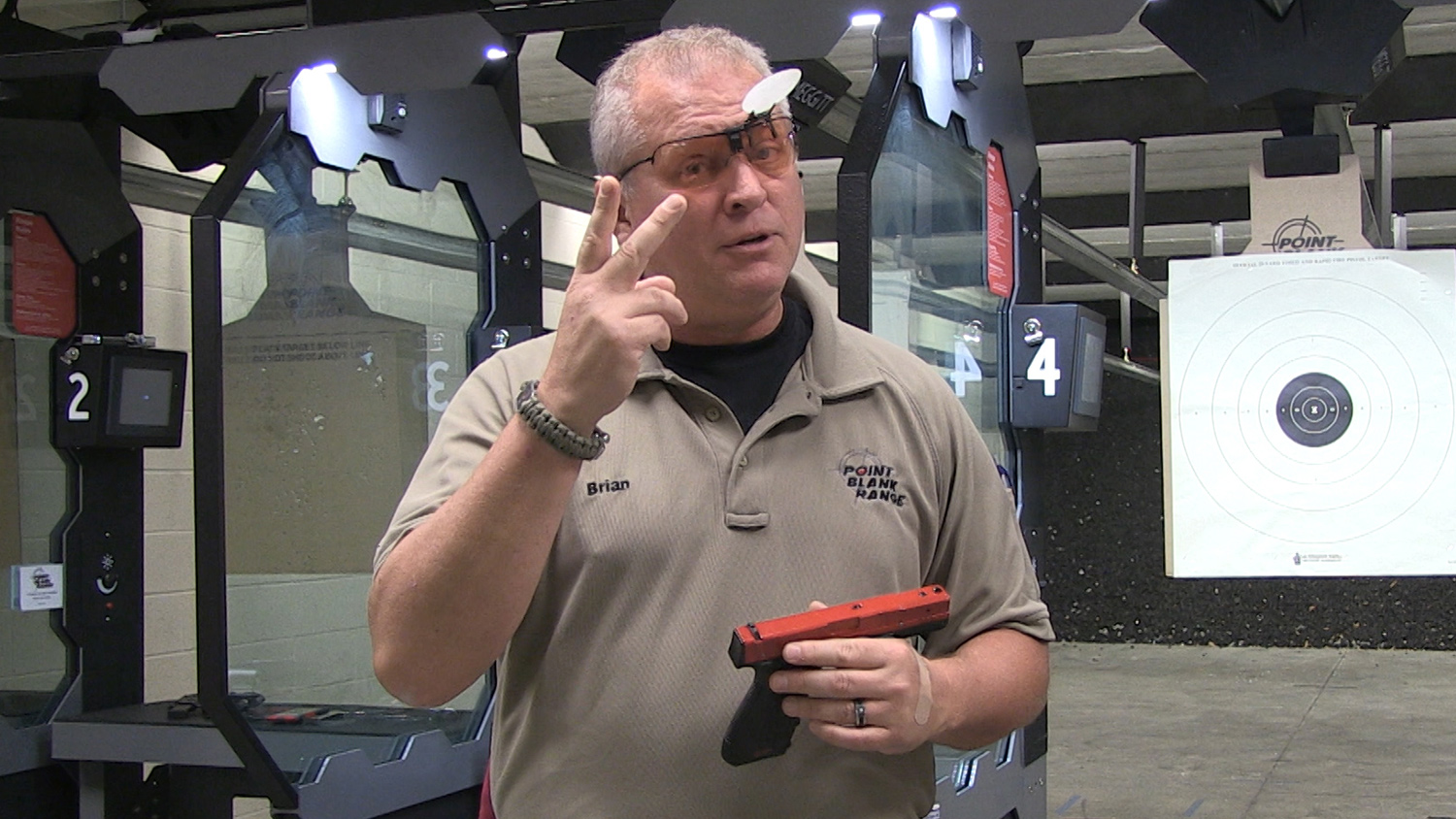 It doesn’t take long to figure out that if you are jerking the trigger and you are aware of it, that obviously you aren’t doing it on purpose. So how do you stop?

Anticipation manifests itself in more places than just in our fingers. Which brings us back to some of the key fundamentals covered previously—for example, gripping the pistol and trigger control.

“A lot of times, as the sights are aligned and we start building pressure [on the trigger], and you squeeze—a lot of times, we are squeezing with the whole hands. This goes back to the trigger control segment.”

Always remember that anticipation can take several forms. According to Brian, somehow everything will always link back to anticipation on the part of the shooter.

For additional information from Brian Zins on handling anticipation in bullseye, read this article he wrote on the subject.

In Part 6, the conclusion of this series, Brian will tie together the lessons from all five of the previous videos into how to develop your shot process. Tips in these videos are taken from Brian’s instructional clinics. Learn more about Brian Zins pistol training at www.pointblankrange.com/training-instructor-bios/brian-zins