by posted on May 5, 2020
Videos News Videos
Support NRA DONATE

It’s not every day that you get to spend range time with a champion shooter, much less an Olympian. There I was hanging out at the 2020 SHOT Show meandering the booths, where sitting on a chair nonchalantly at the SCATT booth I find Dan Lowe. 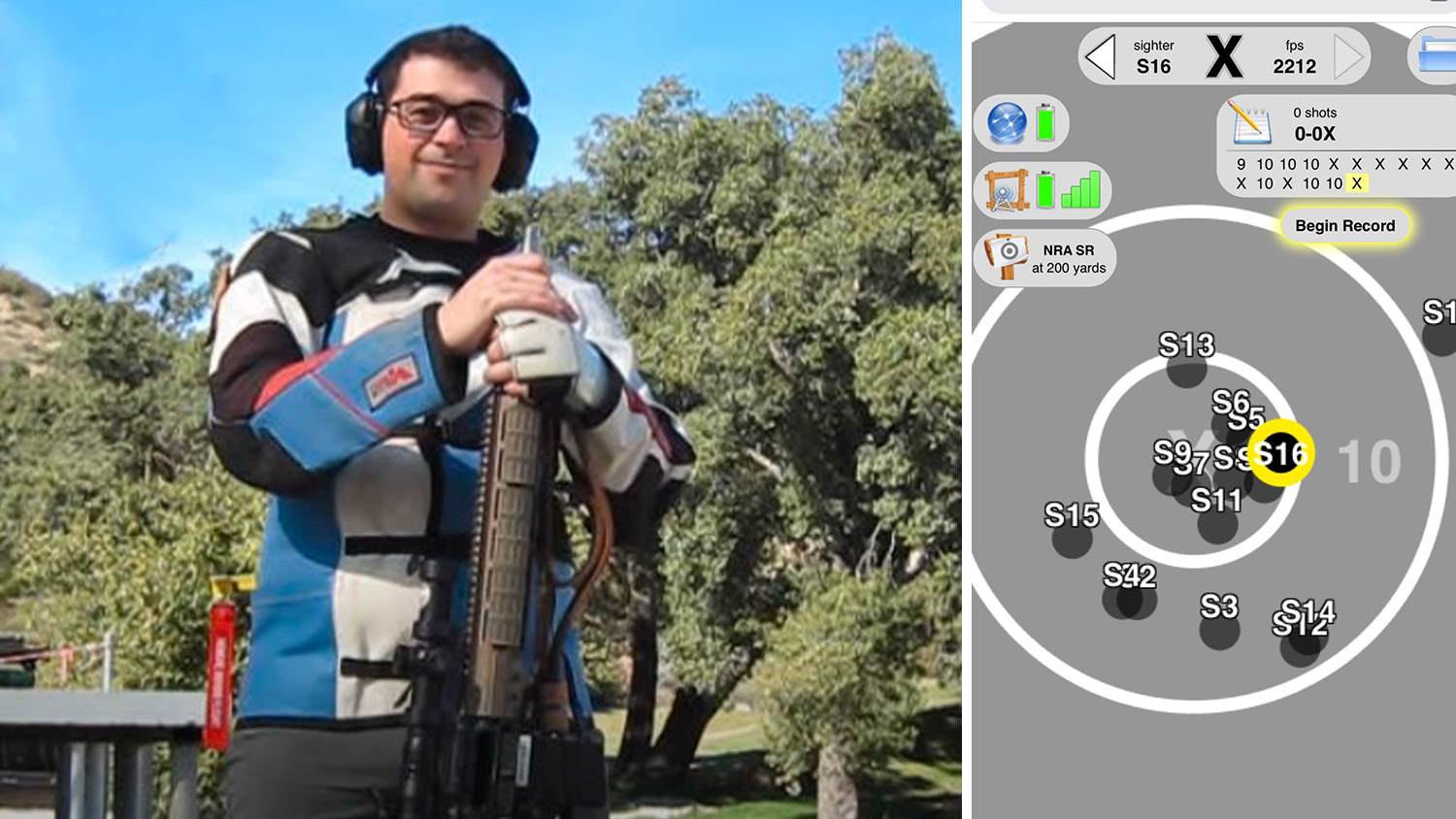 One of Dan Lowe’s ShotMarker plots from the offhand videos.

Lowe’s a legend in the International shooting community. He shot air rifle for Team USA at the 2016 Rio Olympic Games. He’s that guy that the other competitors watch looking warily over their shoulders as the tournament moves to the offhand stage because he’s going to hammer; and that keeps the pressure on until the very last shot. The U.S. Army Reserve SP4 is also a professional coach who is passing that knowledge on to junior air gun and smallbore rifle shooters via programs conducted throughout the country.

My personal introduction to Lowe was at the 2019 Service Rifle matches at Camp Perry where he won the National Trophy Individual (NTI) match, blasting a 497-15X. His hard holding was held in high regard at nightly get-togethers, where competitors and match officials gather to shoot the breeze.

After meeting him at Camp Perry, naturally I was excited to follow up with Lowe during SHOT Show. Our conversation noted the dearth of up-to-date material on advanced technique in the press, particularly when it comes to shooting the latest generation of scoped Service Rifle AR-15s. Regarding articles we’d both read, there was a lot of “Do you shoot like that?” and “No, I don’t shoot like that.” So, we decided to make a service rifle video series. (You can watch Part 1 at the top of this article.) 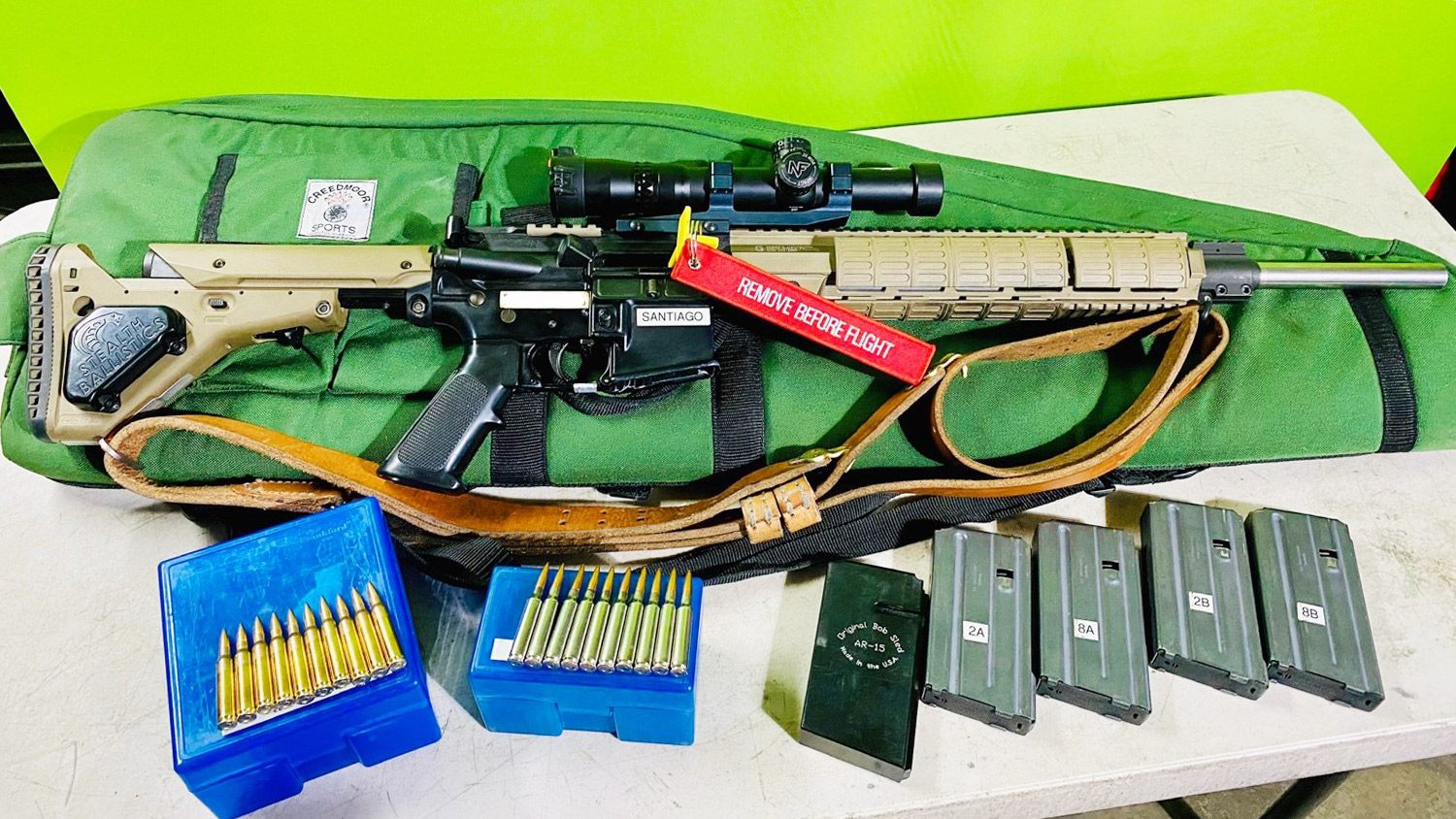 The author’s rifle and gear.

We used a typical scoped service rifle you will find on the line at a high power match today. Its core is a 1:7 inch-twist Krieger barrel set up by White Oak Precision. The gun has a Geissele service rifle trigger group, a Nightforce Comp SR-1 scope sitting on a Keystone Armory cantilever mount. The handguard is a Geissele Mark 7 with 1/2 rod lead weights in each side and rubber coverings. The rear is a Magpul Gen1 with a Stealth Ballistics weight in the pocket. The sling is a Doc Jones service rifle sling, similar ones are available from Eric Hollis. Finally, the ammunition is 77-grain Sierra MatchKings over a moderate charge of Varget, seated to magazine length.

These three videos will take you about an hour to watch. You’ll want to watch them again with a notebook in your hands. Collectively, these videos are a candid brain dump on how a bona fide champion goes about making 10s and Xs.

In Part 1, Lowe and I discuss the details of setting up his offhand position, including the nuances of balance, muscle and the process of getting into the rifle for each shot. We also talk about the shooting gear and how it influences what you pay attention to. Rifle configuration, ergonomics, distribution of the weight of the rifle are also covered. Additionally, there is a review of aligning yourself on the target, approaching the target and the most holy of voodoo—pondering the wind.

Part 2 is all about execution, beginning with enhanced trigger technique. Lowe talks about what he is paying attention to in that one second prior to the trigger breaking. Transferring learning curve from his International training, he discusses his use of the SCATT electronic trainer for trigger control practice and analysis. Notice in his narrative that Lowe has a very disciplined checklist of steps burned into his brain. His emphasis on consistency and repeatability are profound.

Part 3 is a nine-minute segment that is one of the best on building natural point of aim (NPA). It’s literally Olympic. You will learn how important the details of the feet are to the game. Note how many times Lowe checks and re-checks the NPA. This is where he puts hours of practice to be able to compress the entire process into a three-minute preparation period. I incorporated this methodology into my offhand setup and can attest to the fact that it does vastly improve the ease of making a good shot.

Stopping the Attack | An Official Journal Of The NRA

First Look: Ruger SFAR | An Official Journal Of The NRA

END_OF_DOCUMENT_TOKEN_TO_BE_REPLACED

Designed with input from Doug Koenig, the Ruger Precision Rifle from the Ruger Custom Shop chambered in 6.5 mm Creedmoor is a solid option for finding success in long-range competition